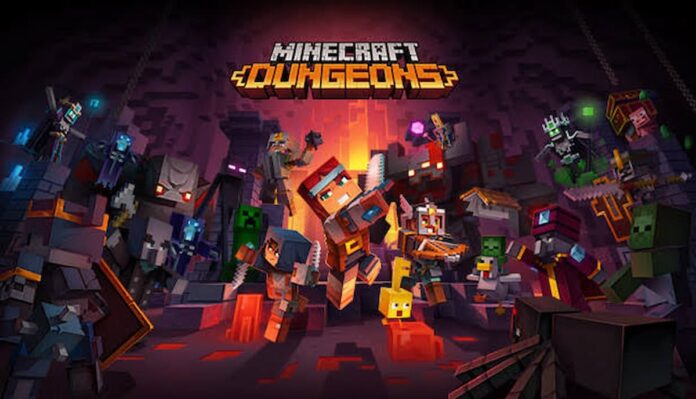 Developed by Mojang Studios, Minecraft Dungeons is a popular dungeon crawler game that didn’t take long to become one of the most-played games in the gaming community and especially amongst fans of Minecraft.

From being able to rescue villagers, collect loot, weapons and strive to put an end to the reign of Arch-Illager, Minecraft Dungeons is a ton of fun, so below are similar titles that’ll give you a similar experience.

Although the game’s graphics and overall style tend to differ from Minecraft Dungeons’, Eternity: The Last Unicorn has a very similar gameplay to Minecraft Dungeons for players who enjoy a combination of action and adventure.

Similar to Minecraft Dungeons, the game lets you play the role of a hero who must fight to protect the world’s last living unicorn from the curse of wicked witches. The player must also protect the elves as well as their immortality from being tampered with.

One of the best things about Bastion is the gameplay mechanics that place it in the same category as Minecraft Dungeons in terms of similarities. The game has impressive graphics coupled with a soothing narrator voice that helps players find their way into the story.

Fans of Minecraft Dungeons will have a great time playing Bastion as the game also offers special skills that’ll make players reminisce about some of the best hack-and-slash games they’ve played. There are loads of weapons to unlock as well as being able to acquire new items and equipment in battle.

Although it’s been around for quite some time ( since 2006), Marvel Ultimate Alliance is a fun game that lets you play as your favourite Marvel superheroes in an intense hack-and-slash action that has a similar gameplay style to Minecraft Dungeons.

As a free-to-play online game, Path of Exile doesn’t exactly offer an extensive and in-depth experience to players, but it has many similarities with Minecraft Dungeons such as its aesthetics and even in-game mechanics.

In fact, Path of Exile is even more similar to Diablo, which puts them all in the same category. The game has a fantastic story with impressive lore that is dark and brutal, which many Minecraft Dungeons players may not be familiar with. Ultimately, it’s a fine Minecraft Dungeons replacement for players who are simply looking for a different dungeon crawler experience.

From the very first Diablo game that was released all the way back in 1997 to the franchise’s newest instalment Diablo Immortal, the legendary hack-and-slash dungeon crawler title has many similarities with Minecraft Dungeons. If you’re a fan of Minecraft Dungeons and want a similar experience, then it really doesn’t get better than playing one of the games in the Diablo series.

The Diablo games, however, offer a gloomy, darker and even sinister feel to players, unlike Minecraft Dungeons’ light-hearted and almost rainbow-coloured dungeon crawler. Ultimately, both games do have an intense story and gameplay that players will enjoy.

How to Get Hamburger in Pokémon Scarlet and Violet

How To Get Cocoa Beans In Dinsey Dreamlight Valley