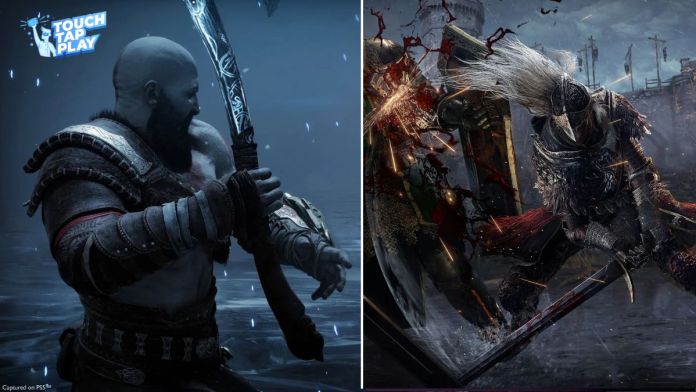 Elden Ring offers soul-like non-linear gameplay where you can go anywhere, fight any boss, do side quests, learn about the game lore, and other things based on your chosen path. While the Site of Grace will guide you towards a more linear approach, you are not forced to follow it, and it is just there, so players don’t get lost and stuck with progression.

Elden Ring Is A Genre Itself

Demon Souls, followed by the release of Dark Souls games, defined their own genre, called Soul-like games. And by adding the Souls-like formula to an open world, Elden Ring is a genre-defining title. Whereas God of War: Ragnarok follows the footsteps of its predecessor in providing a more refined action-adventure hack-and-slash experience.

Elden Ring offers a ton of time-restricted events where if you don’t follow through a certain NPCs questline, you may find them dead or missing. In contrast, there is no such thing as God of War: Ragnarok.

That is it. There are still a ton of differences between both games. But these are some of the biggest ones.

RimWorld – How to Get More Colonists

How To Get Favor In Smite

Secret Tricks How To Get Clash Of Zombies Gift Codes 2022