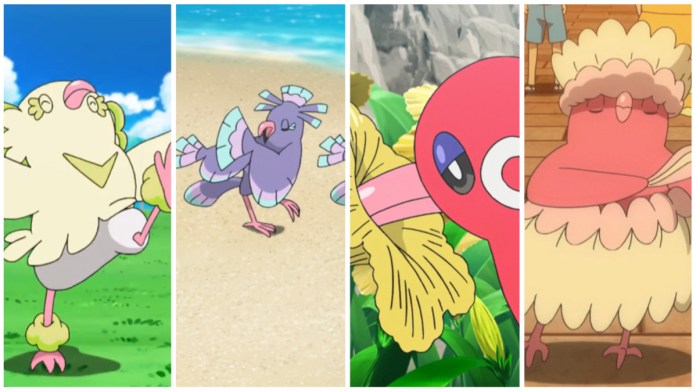 Have you ever wished that you could change around a Pokemons form at will? If you’re a trainer who enjoys colorful aesthetics and gets bored quickly of the same thing, you will love Oricorio. This bird Pokemons appearance and type change on where it lives and what it feeds on. There are four different forms, each one varying in personality and power. However, only two forms are available in the wild, so you need to change them manually. This is how to change Oricorios form in Scarlet and Violet.

How To Get Oricorio In The Wild

The two forms of Oricorio available in the wild are the Pom-Pom style and the Baile style, which are the yellow and red forms. The red one is a Fire and Flying type while the yellow Pom-Pom version is an Electric and Flying type. You will likely run into the Baile form first because it is in East Province Area One, an early-game area. Later on, you’ll find the Pom-Pom form in South Province Area One. The one you catch doesn’t matter too much because you’ll be able to change its form later on. However, if you need a Fire type to get you through the early game areas, Baile form Oricorio is a great option.

The Oricorio Forms You Cannot Find In The Wild

The two forms that need to be manually acquired are the Sensu style and the Pa’u style. The Sensu form is a Ghost and Flying type while the Pa’u is a Psychic and Flying type. You can change their forms around as much as you like, none of them are permanent.

How To Change Oricorios Form

To actually change their forms, you need to use an item called Nectar. This is purchased at the Delibird shops in Paldea. You can find it at any of the locations for around 300 pokedollars each. Note that it will only unlock once you have collected at least 3 gym badges. The more badges you acquire, the more items the Delibird shops will carry.

Each Nectar is a different color and turns your Oricorio into a form based on that color. These are all the Nectars and how they change your unit.

Once you get the Nectar, simply give it to the Oricorio and it will change forms immediately!

There are many unique Pokemon like Oricorio that you can find in Pokemon Scarlet and Violet. If you haven’t played it yet, now is definitely the time to do so!

How To Unlock Competitive And Other Game Modes In Overwatch 2