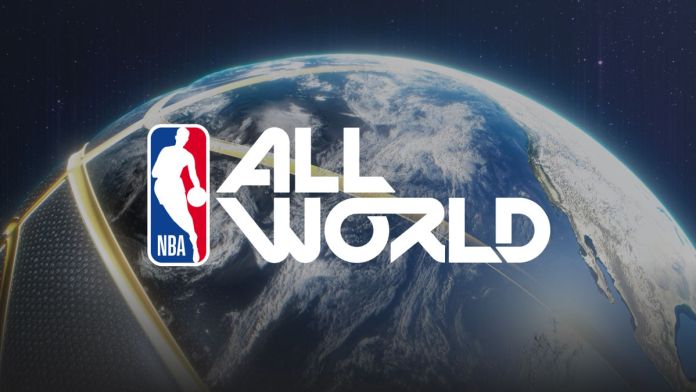 In NBA All-World, you’ll travel the world in search of the best of the best. Recruit popular NBA stars, rule the court in fun basketball mini-games, and become the ultimate All-World player. However, before you can do that, you got to make sure your swag is fresh! Today, we’ll show you how to customize your character in NBA All-World!

After you complete the tutorial to NBA All-World, the game will give you a brief primer on how to progress and advance your team. It’ll also tell you how the shops work on the real world map.

Shops are the key to customizing your character, as since these players are based on real life NBA stars, you can only change their gear. In order to change gear, tap the yellow basketball to open the main menu, then tap on My Team.

Select the player whose gear you want to customize, then tap on the Manage button. Next, tap on the Gear tab on the right side, and you’ll see a list of gear you can change on the player, which includes:

Now, you start the game with no extra gear, so you’re going to have to go out to find some. As we mentioned earlier, you’ll need to stop by gear shops that spawn in the real world. Check your map to locate them, and notice that each one shows what kind of gear they sell.

Once you’ve found a shop, it’s time to head out and walk over there yourself. Once you’re in range of the shop, tap on it to receive a random piece of gear, alongside some other goodies.

The gear sets that are available to you is dependent on your team level. Every time you go up a team level, you unlock a whole new set of gear that can appear randomly in the gear shops. You can unlock individual gear immediately with AW Cash, but it’s quite expensive.

When you collect duplicates of the same piece of gear, you can combine them to level them up. A higher level piece of gear boosts your stats further to help you dominate the court.

That concludes our guide on how to customize your character in NBA All-World. If you have any other tips or questions, let us know in the comments below!

How To Manual Save Your Game In Coral Island

How to Make Tasty Veggies in Disney Dreamlight Valley

How To Beat Twisted Core In Epic Seven?