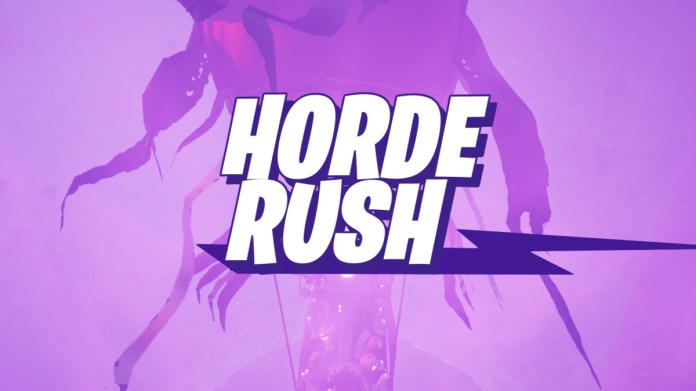 Sideways weapons were introduced in Fortnite during Chapter 2 Season 8 along with Cube Monsters and other Sideways Monsters. More recently they can be found in LTMs like Zero Build Horde Rush available to play during Chapter 3 Season 4. Find out here how to get Sideways Weapons in Fortnite – guide.

Sideways Weapons and Where to Find Them

When playing Zero Build Horde Rush, players will see various weapons that are vaulted in regular Battle Royale modes. The sideways weapons, including the Sideways Rifle, Sideways Minigun, and Sideways Scythe, can be found during this special mode.

The Sideways Rifle and Sideways Minigun can be found in chests around the area, and are best looked for while there is a break between rounds. All of these weapons can be upgraded as you go using Sideways Crystals.

The Sideways Rifle is a fast-firing medium to long range and fully automatic weapon. It takes medium ammo but does not have a magazine, instead it works on a cooldown system which fires 10 bullets continuously before overheating.

The Sideways Minigun is a super fast-firing short to medium range and fully automatic weapon. It takes small ammo but, like the rifle, does not have a magazine. The Sideways Minigun instead has a cooldown system that kicks in when it has fired 54 bullets continuously. It also has a spin up timer which means it does not fire instantly but needs a few moments to get going. It is also not very accurate.

The Sideways Scythe is a melee weapon players can swing at enemies and gain speed with every hit. Players can also use a jump attack when the weapon is equipped to launch themselves at the enemy with the scythe. It is a great weapon to deal a lot of damage to huge groups of Cube Monsters of all types. When used to damage an opponent, it can heal the player using it.

One Zero Build Horde Rush quest is to deal damage to Cube Monsters with a Sideways weapon and the best weapon to do this with is the Sideways Scythe. Usually it is the Cube Assassin who drops this when defeated!

That is all you need to know about the Sideways Weapons in Fortnite right now. Next up why not check out more Horde Rush quests! Good luck.

Minecraft – How to Use Left Hand for Holding Items & Shield

Best Smartwatches With Bluetooth Calling Under 2000 In India (Oct 2022)

RimWorld – What to Do With Old Tainted Clothes