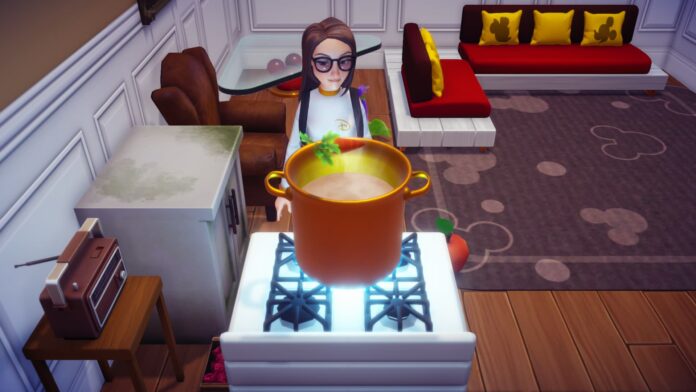 There’s a lot you can do in Disney Dreamlight Valley and if you’re hoping to complete your cooking recipe log in the game, you’ll need to prepare a ton of sushi dishes along the way. And although some of them are easier to make than most, others can be not only difficult but also very complicated to make.

Most of the difficulty comes from having to find the necessary ingredients you’ll need to make the sushi. The Maguro Sushi comes off as one of the Sushis you’ll make often in the game. So in this guide, we’ll be showing you how to make Maguro Sushi in Disney Dreamlight Valley.

How to Make Maguro Sushi in Disney Dreamlight Valley

So, to make the Maguro Sushi, you’ll need to have 1 Tuna, 1 Rice, 1 Seaweed and 1 Ginger. After getting all the ingredients, head towards the kitchen and set them all up inside the pot. Give it a few seconds to cook. Once it has cooked, the Maguro Sushi is ready to be served. You can also use the dish to complete any quest that tasks you with making it or you can even sell it to earn some Star Coins.

If you’re finding it difficult to get all the aforementioned ingredients, they’re not very hard to locate as well. You can find Tuna in the Glade of Trust and the Forgotten Lands. Rice isn’t very hard to get as well as you can get it by heading towards the Glade of Trust. Seaweed, on the other hand, can be found in Dazzle Beach while Ginger can be found at Forgotten Lands.

After its release, Disney Dreamlight Valley has become one of mobile’s most played life simulator games that lets you do various activities like embarking on quests, building houses, fishing, farming, cooking, crafting items and most fun of all, you get to have some of Disney’s most popular characters as neighbours.

How To Plant Orb of Nurturing in Disney Dreamlight Valley