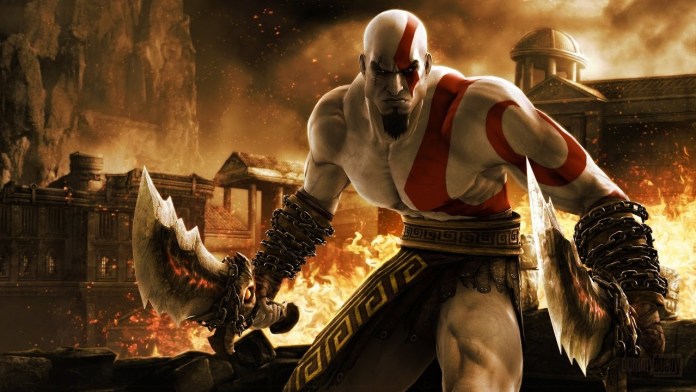 God of War is one of the most popular slasher series. In addition to the exciting gameplay, the game also has a dramatic storyline. Kratos was betrayed by the Gods of Olympus, which is why Kratos swore revenge on them. And in this guide, we will tell how to play all God of War games in order.

Ascension is a game that tells about the first steps of revenge Kratos. Actions take place six months after the tragedy with the protagonist’s family. And the first serious enemies on the way of Kratos will be the Furies.

In this part, you will learn how Kratos got the title of Ghost of Sparta. Kratos, serving the gods, set off to fight the Persian army. Then the hero enters the Underworld, where he has to make a difficult choice.

Despite being the first game in the series, it is the third chronologically. In this part, you have to go through a difficult path and fight with Ares. Athena will help you in your battle, but not with good intentions.

In Ghost of Sparta, you can learn more about Kratos. In the game, you can see the life of the main character when he took the place of the God of War. And also, you’ll learn some unexpected revelations about Kratos’ blood ties.

This is a short mobile game about how Kratos, along with the army, hunts down the assassin. And at the end, he kills Ceryx, the son of Hermes. This leads Zeus to decide to punish Kratos.

In this part, an open confrontation between Kratos and Zeus begins. The protagonist makes a deal with the Titans and prepares to overthrow Olympus. Also, in God of War II, it becomes clear that Kratos is the son of Zeus.

This is the final part of the Kratos revenge story. Throughout the game, you will kill the gods of Olympus and even the Titans. And in the end, your revenge will come true.

This small text-based game introduces the player to Atreus, the son of Kratos. Players can make various choices that affect Atreus’ actions. Also, in the game, you can see the tense relationship between son and father.

The game takes place many years after the events of God of War III. Kratos found a wife and gave birth to a son, Atreus. The main goal of the father and son will be the path to the highest mountain in the world of Norse mythology to dispel the ashes of Faye, wife of Kratos and mother of Atreus. On the way, Kratos will have to discover completely new feelings in himself, and Atreus will learn more about his harsh father.

As is common in the God of War series, pain and death breed more pain and death, especiallyб when it comes to the Gods. Father and son will again face various difficulties, both in the form of the Norse Gods and father-son relations. They will have many battles and losses that will only make them stronger.

That’s all you need to know about all God of War games. Play all of them to find out the whole difficult life of Kratos in detail. And while you are here, take a look at our God of War Ragnarök Pre-Order guide.

Best Accessories to Have in Blox Fruits

When is Dead by Daylight Chapter 26 Coming Out? – Answered