How To Use The Voice Filter On Tiktok? Everyone is now aware of the platform known as TikTok! Nobody would have ever imagined that one day working as a TikToker could become a profession, let alone one with a higher salary than certain others!

Being a celebrity has always been a lucrative career, but it was more challenging to get into than it is now. While I have issues with this wildly successful platform, its importance is maintained for its consumers and businesses.

Tiktok introduces new features for its platform each day, and users are excited to learn about them. One feature to learn about is the voice filter. The most current craze on TikTok’s service is the voice changer filters, and we have all the information on how to utilize it.

Voice-changing effects are a common trend on the site since they may mislead viewers and give your videos a unique flair. So, How To Use The Voice Filter On Tiktok? We will provide a detailed guide on using this filter so that the content creators do not find any problems using the Voice filter.

Also Read: What Does GAS Mean On Tiktok? The Social Media Slang Explained

Tiktok’s Voice Change Filter: What Is it?

Using the voice filter feature, you can alter the audio in all of your clips on TikTok. For example, you can make your voice appear deep, which sounds so genuine that it will mislead others. It’s a widespread practice for people to regularly add effects to their films to make them seem unique. Anyone can utilize this straightforward technique, and users may readily put it to use. 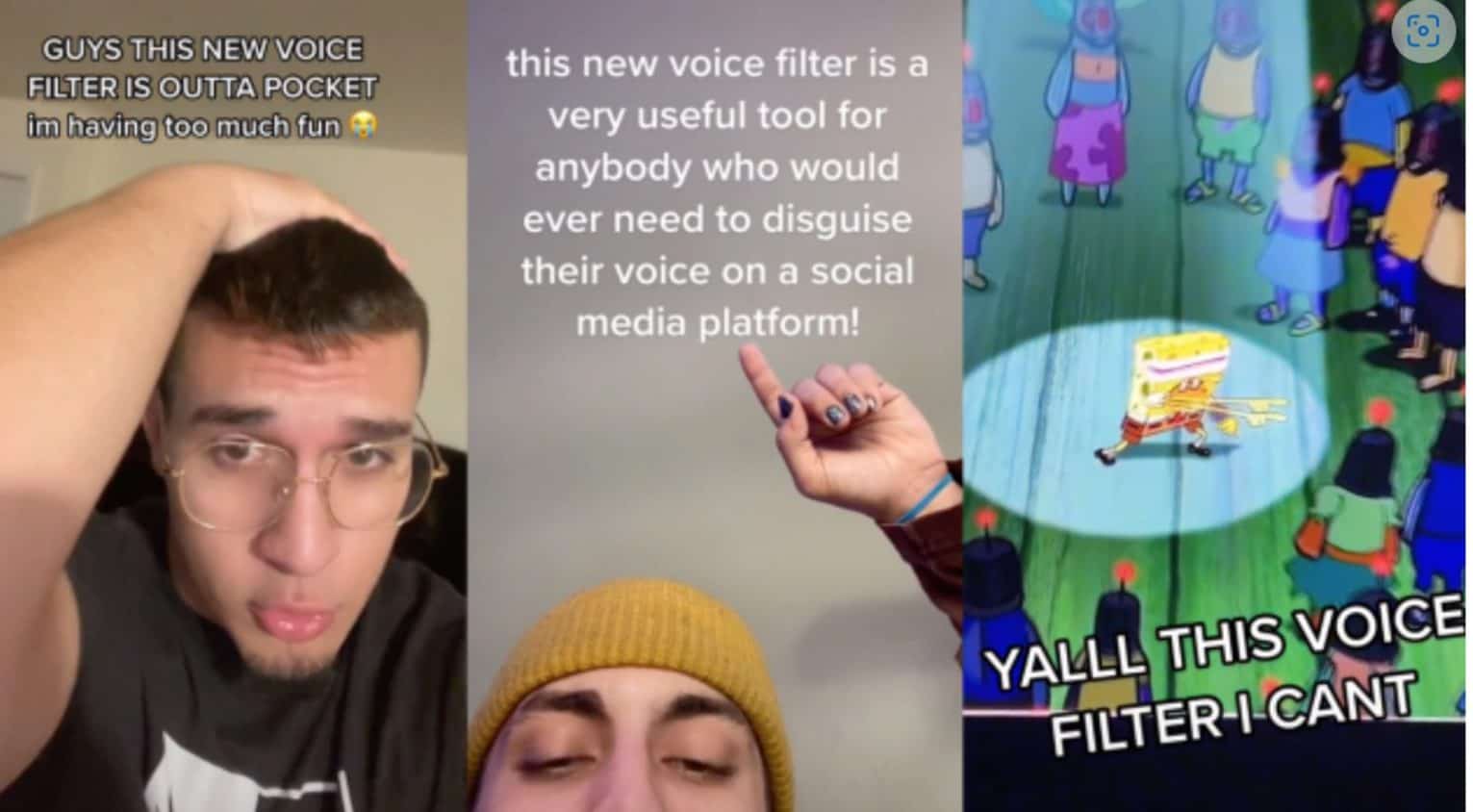 The user is shocked to use some voice filters.

What Types Of Voice Filters Does TikTok Offer?

TikTok boasts many voice filters and many tools, filters, and fads. With choices like Robo and echoes providing a humorous modification to go with films, these modify users’ vocals from their natural inflection into something else.

Users now have access to even more filtration through which they can alter their sounds and spice things up for their upcoming uploads, thanks to adding many new filters to the possible choices. The most recent filters added to the app’s collection include two changing users’ male and female voices.

What Is The Most Famous Voice Filter From TikTok At The Moment?

The most popular audios on the site for making your voice sound, such as the vocals of other individuals, are two called “deep” and “Jessi.” For example, many ladies have begun using deep filters to enhance their voices to sound more like those of guys.

Many people are now attracted by this and eager to include sound in their films. Others have been encouraged to join the trend by creating lesson clips for the same topics.

How To Use The Voice Change Filter From TikTok?

To use the filters of voice change, follow these steps: How To Use The Voice Filter On Tiktok?

As an illustration, @dawnmbennettva revealed that cats could use the voice filter. No, this doesn’t just change the cat’s tone. It sounds more like the cat is speaking “meow” than creating the sound.

You can use one of the effects to mimic Kat Callaghan, the text-to-speech accent of TikTok. The fact that the user @gpaiprod could talk like Callaghan, even when talking in Korean, gave him great pleasure.

Adam Driver‘s rage in Marriage Story was replaced by a higher-pitched speech thanks to the fan @raybullraybull.

Not every user now has access to the most recent voice filters based on their location, but Deep or Jessie should shortly be accessible to everyone. Try upgrading your app if the options don’t appear on your filter list. If doing so doesn’t make them accessible, you’re probably in a supported area and must wait to attempt them.

Tokimori-san is Completely Defenseless Chapter 5: Release Date & Where To Read?