The world’s sense of entertainment has expanded rapidly since the start of this century. Different shows with the most innovative concepts have been introduced throughout the years before. Each of them is unique in its way. Their uniqueness is the only thing that decides whether the show is a crowd-attractor or just another failing entertainer.

People have found a ton of different TV Shows pretty interesting. These fan-favorite shows have their very own dedicated fan followings. One such popular TV show is known as BattleBots.

The perfect infusion of technicality with fun and thrill, BattleBots offer you a one-of-a-kind experience that you could get very rarely in your lifetime. You get to see the mechanical creations of two sides battle each other.

These creations are perfectly designed machines or robots destined to fight and survive in the combat arena of BattleBots. The viewers could witness a lot of fun and tension in the BattleBots show. A lot of robots and their creators have risen through this show. 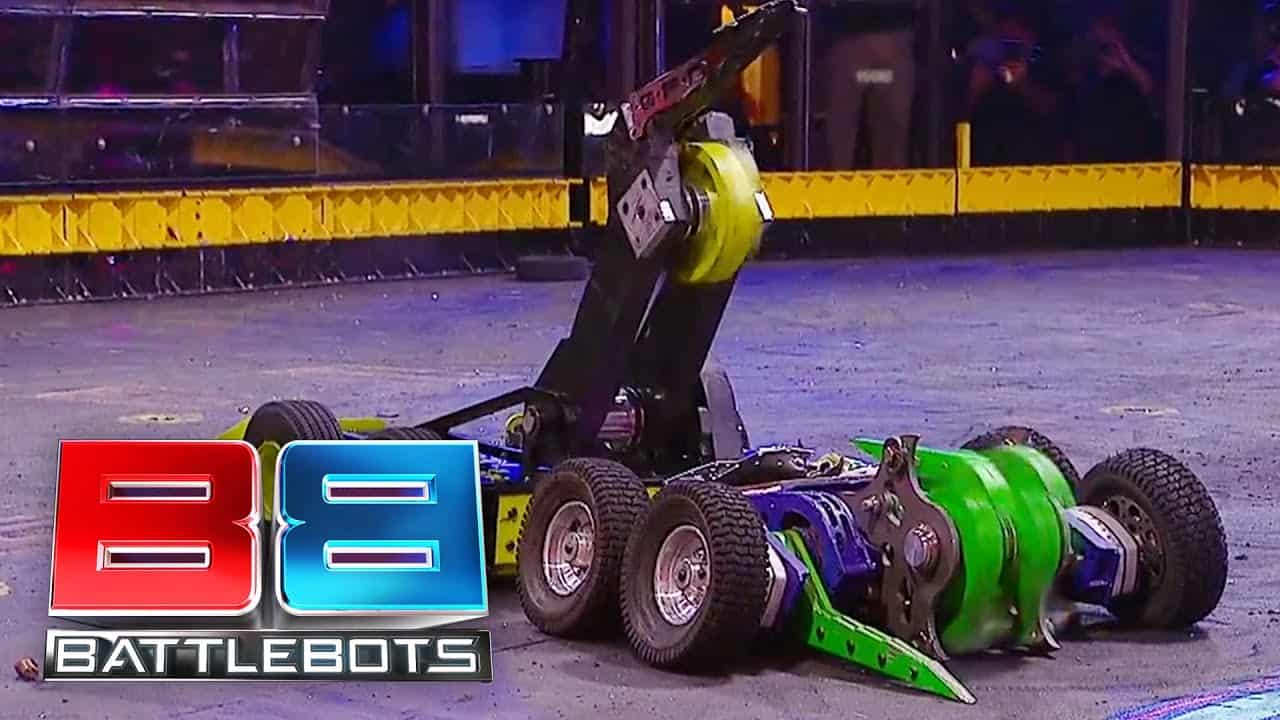 What Happens in BattleBots?

BattleBots has seen a huge number of robotic creations which are equipped with their very own offense and defense features. The creations look crazy and inspiring at the same time. You can see the creativity of the engineers easily as soon as you take a look at their fighter bots.

Creations like BiteForce, Hazard, and TombStone are some of the most loved robots from the BattleBots show. BattleBots is a fun show if you like to witness something different from normal combat shows, especially the show with interesting characters.

BattleBots has been a trending topic on the internet quite recently. Many BattleBots lovers are curious to know where and how to watch the premier episodes of the show as the much-awaited BattleBots World Championship is on the run and is here to entertain every fan with its unique moments.

Each competing robot will have its mechanisms which are specially designed to defend itself and destroy its opponents. These robots are completely remote-controlled. Thus the actions of the human controller remain vital.

The Battle Arena of the show will include exciting features like flashes and rollers, which tends to crush the robot which comes in contact with it. This makes the show even more exciting as we witness two robots destroying each other for the sake of survival and winning.

Winners of each combat will be provided with some monetary prizes. But at last, we have the glorious Giant Nut Trophy, which stands as the ultimate reward which every competing engineer has their eyes on.

The BattleBots show has been one of the most successful TV Shows, which has a network audience that has expanded worldwide. Competitors from all over the world participate in putting their creations into battle. If you are wondering where to watch the latest episodes of the fun-filled BattleBots, don’t worry. We’ve got you covered!

Where to Watch BatteBots Episodes?

Comedy Central was the first channel to air the initial episodes of BattleBots. Soon the rights were transferred from Comedy Central to The Discovery TV Network.

Discovery channel has been the flagship platform of the BattleBots TV Show. It has also been finalized that the much-awaited BattleBots World Championship, which includes about 50 competitors across the globe, is going to be aired on The Discovery Channel. If you want to watch the Giant Nut Trophy winner of the show, tune into The Discovery Channel every Thursday and find it out yourself!

The official streaming platforms of The Discovery Channel can also be used to witness the glorious battles between the world’s most powerful and iconic robots. All you need is a reliable internet connection and a valid subscription for any one of these platforms, and you are good to go!

To Your Eternity Season 2 Episode 14: Release Date, Spoilers & How To Watch