K-Dramas are now dominating the entertainment world. Audiences got the opportunity to enjoy shows like Little Women, Big Mouth, Alchemy Of Souls, Adamas, Today’s Webtoon, etc. new dramas. Audiences are so busy with their K-drama watching time. Most people are busy with more than one drama at the same time. ‘Love In Contract’ is one of the K-dramas which has raised the excitement of the audience recently. Love In Contract Episode 1 is about the release, and the audience is looking toward itself.

‘Love In Contract’ is written by Ha Gu Dam and directed by the director Nam Sung Woo. The drama’s original title is ‘Wolsugeum Hwamokto.’ The Korean screen couple Park Min Young, Ko Gyung-Pyo, and Kim Jae-Young will be sharing the screen. However, Park Min Young is well known for rom-com drama especially. So, how she will present that time, is the main focus of the audience. Also, the appearance of Go Kyung Pyo and Kim Jae Yoong in ‘Love in Contract Episode 1’, is rising the excitement.

Love in Contract has released more than one trailer and teaser. These teasers and trailers raised excitement among K-drama lovers. These trailers outlined the main protagonists and the key storyline. 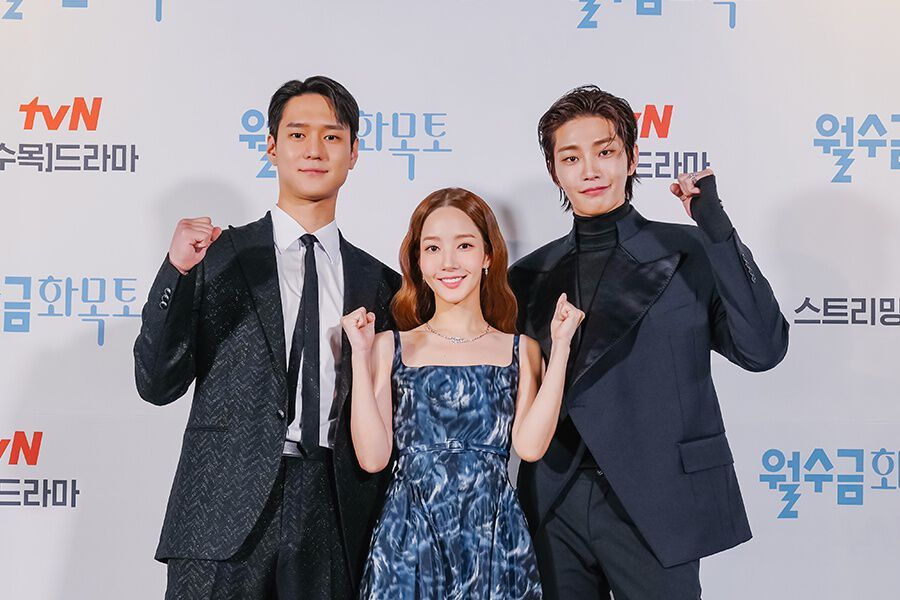 The Love in Contract Episode 1 Preview:

The story of Love in Contract makes the audience curious.  Like every upcoming show’s story, this story is also an element of excitement among the audience. But the base of the storyline is revealed. The audience got the drama’s storyline. In the last period before release, the gist of the story could be explained.

Love In Contract revolves around the love story of Choi Sang Eun (played by Park Min Young), Jung Ji Ho (played by Go Gyung Pyo), and Kang Hae Jin (played by Kim Jae Young). Choi Sang Eun is a master of contract marriage. She is an expert in her work. Also, She is beautiful and intelligent. Initially, her life went very smoothly. But the inconvenience occurs after she messes up with a love triangle.

In the drama, Park Min Young is presented as a talented, skilled, and beautiful female character. She is shown as a perfect life partner. But instead of married life, she chooses to focus on her career. 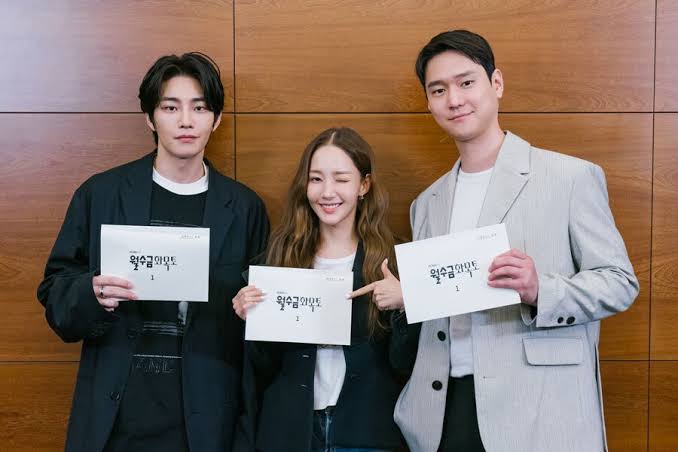 Jung Ji Ho and Kang Hae Jin are Choi’s two clients. Jung Ji Ho has been contracted with Choi Sang for five years. Also, Kang Hae Jin has a contract with Choi Sang. Jung Ji Ho is a mysterious guy. Kang Hae is a very renowned actor. Now, these two men fall in love with the marriage contractor Choi Sang Eun. What happens after that love triangle occurs? That is the story. As there are two male actors, the audience will witness the second lead in the story. So, these three popular faces are the key protagonists of the drama.

As aforementioned, Ji Ho is a mysterious man, but Sang Eun falls in love with that man without knowing anything about him. But it messes up when she unexpectedly develops similar feelings toward her new client Kang Hae Jin.

Choi’s client Jung Ji Ho has been experiencing her contract over the past five years. He gets an appointment at Choi’s every Monday, Wednesday, and Friday.

That renowned actor gets Choi’s services every Tuesday, Thursday, and Saturday. The days of their services are different from each other. So, with whom Choi would settle? What interesting stories will the audience witness? All these curiosities will be revealed through the story.

TVN is one of the renowned entertainment networks for Korean Dramas. Love In Contract is also a show on the TVN network. So Love In Contract Episode 1 will be available on TVN. However, international audiences can enjoy it on Viki.

Every Wednesday and Thursday, the drama would release its new episodes. Every week, two episodes will be streamed.

Also Read: Are You The One? (U.K.) Episode 8 Release Date: The Couples Drift Apart!

The Kelly Clarkson Show Season 4 Episode 3 Release Date: Who Is The Next Guest?