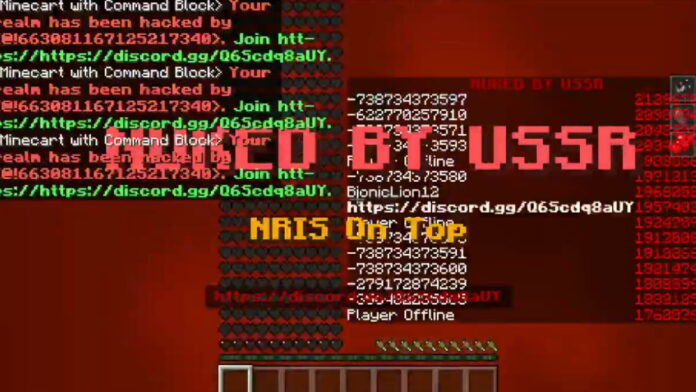 It’s almost time for the annual Minecraft Live broadcast, which is a show dedicated to Minecraft’s latest updates and community events. In the past, Mojang held a “Mob Vote,” where they introduce three new potential mobs to be added into Minecraft. This year, there was going to be a public server to run the vote, but it got hacked! We’ll explain it all in our Minecraft Mob Vote 2022 server hacked: everything you need to know guide!

The Mob Vote returns to Minecraft Live this year, but this year things were going to be a little different. During the previous years, the polls for the Mob Votes occurred on Twitter, where users could vote for their favorite mob as long as they had a Twitter account.

Mojang announced that instead of a normal poll, this year players would be able to cast their votes in-game on a new server dedicated to the Mob Vote. This would help the validity of the votes a little more, we would think.

On September 29, Mojang’s lead release manager David Fries (@JDavidFries) made a Tweet asking players to come help stress test the Mob Vote server on the Bedrock Edition of the game.

The Mob Vote server went up for a few hours, just to see how it would handle under load. Everything seemed to be going well, until suddenly everyone on the server got teleported into nothing and died.

All players on the server were caught in an infinite loop with “generating world” appearing over and over again. A bunch of nonsense appeared all over the screen that was mostly unintelligible, except for the big message right in the center of the screen that read: “NUKED BY USSR, NRIS ON TOP”. You can see it in action here:

Related | How to Get and Use Smoker in Minecraft Bedrock Edition

Thankfully, it seems like eventually the hack was dealt with and players were eventually able to join the server normally. Neither David Fries nor Mojang have acknowledged the hack, so we’re not sure what to think of the situation. It’s good that they got it under control, but will they be prepared for when the actual Mob Vote event happens?

Minecraft Live isn’t happening for another couple of weeks, so hopefully they’ll get their security in check so that the voting process can go without a hitch.

Will you watch Minecraft Live this year, and will you participate in the Mob Vote of 2022? Let us know your thoughts in the comments below!

How Old is DVA in Overwatch 2? – Answered

How To Get The Lonely Peak Badge In Adopt Me

How to Get Death Step in Blox Fruits