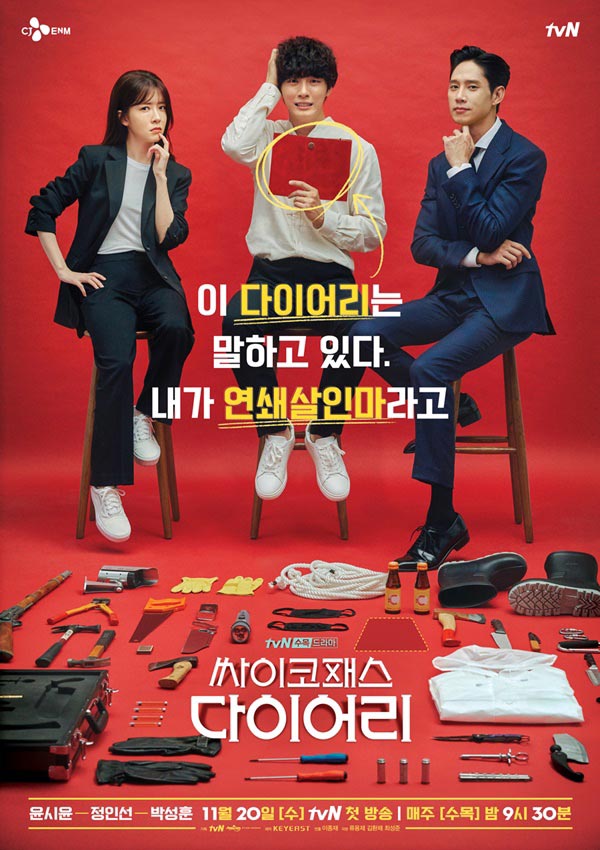 Summary : Yook Dong Sik, a 34-year-old employee. He thinks that he is a psychopath. He is so weak and timid that he can’t refuse anything at work and people at his office are using him. He became the scapegoat at his company. All his friends, colleagues and family are turning his back on him. He decided to leave this world and even wrote a suicide note. The place he decided to commit suicide is the murder scene. He got amnesia because of an accident at the scene and got the psychopath’s dairy in his hands. When he woke up, he thinks that he is the murderer.
Shim Bo Kyung, a 30-year-old, neighborhood police officer. She meets Dong Sik when he has amnesia. The more she knows about his story, the more she finds an unexpected look in him. She wants to catch the serial killer with Dong Sik as a partner of investigation.
Seo In Woo, 36-year-old, the director of the company Dong Sik works in. He is a cold and meticulous psychopath who lost his diary. On the day of his 7th crime, he met Dong Sik and things went wrong. He lost his diary where all his daily life and course of crime was written.