The Chesapeake Bay is not as deep as the infamous Loch Ness but is much bigger than it, and coincidentally, like the Loch, it is less known that it is the home to its version of a sea monster. Called the “Chessie”, perhaps an allusion to its Scottish relative, the sea creature of the river has an equally notorious reputation. Owing to its popularity, the book “Weird Maryland” co-authored by Mark Moran and Mark Sceurman, recalls accounts of individuals reporting the monster in the bay to 1846.

A long slithering creature was crawling below the surface of the waters stretching from Cape Henry to Cape Charles when the Captain of an anonymous ship peeped out to check what was causing the whiskering turbulence in the bay near Virginia Beach only to see that a creature with the head of an alien being probing above the rippling blue. The captain’s name was said to be Lawson.

Later in 1934, Francis Klarrman and his fellow fisherman, Edward J. Ward, could see something rumbling in the sea 75 yards from their fishing boat. The creature that was partially out of the water had pitch dark hide, with a horse head the size of a football and its visible body over 12 feet in length. Multiple times it twisted its head to its back to stare at the two men. None were privy to its origins, just that it wanders the Chesapeake Bay.

Also Read: Yuba County Five: The Boys And The Montego

Weirdness Gathers Amongst The Waters

In the evening, at half past 7, Robert Frew had his friends over to his house to spend some fun time together in the May of 1982. While watching over the cerulean water, the group witnessed “Chessie”, forty feet long and wobbling through the high tide. It beat and struggled, and everyone in the house could have a clear view of it. It was absolutely real to them, and they could not avert their gaze until it disappeared into the darkness, but before it did, they wiped out their camera to catch it on film.

Robert did, a gritty video quality, but evidence nonetheless of that cryptid being that everyone was confessing to having seen but never had any proof of. The recording caught up with the American media but aired first on WJZ-TV. Smithsonian Institution’s Museum of Natural History agreed it to be an animate being, but they were not able to identify it. There was no credibility to the tale with the captain’s endeavor at Virginia Beach, but now, with technology, the locals and everyone in America began to trust the accounts. 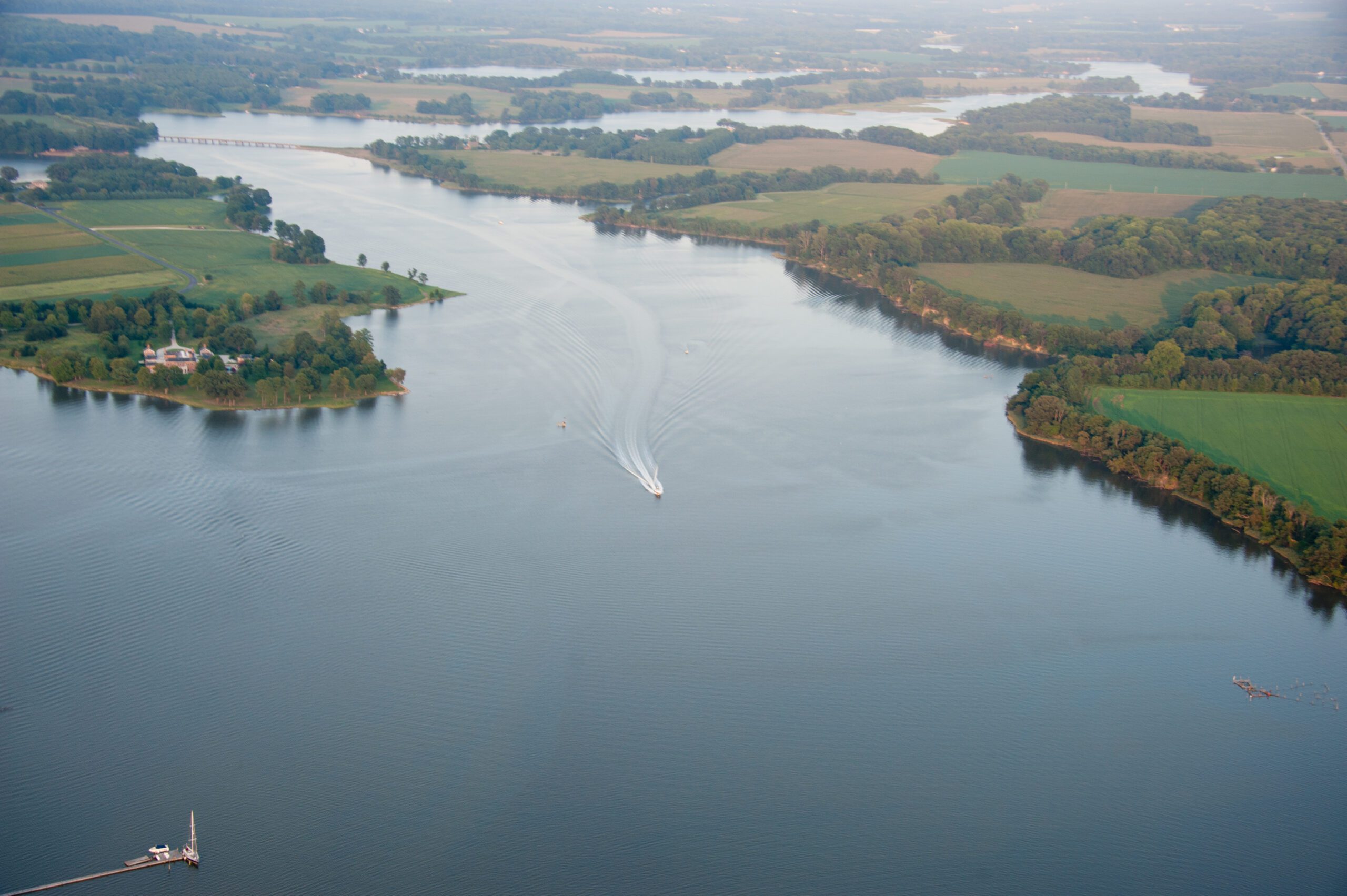 Since and before, there were many reports of “Chessie”. When army helicopters were piloting over Bush River in 1936, one of the pilots reported that an odd being was fumbling below him. It was published by the Baltimore Sun that a doctor named Dr. Lionel A. Walford witnessed a five-inch-wide sea creature that was over 40 feet in length in 1963. Fourteen years later, in June, a similar monstrosity was found in the Potomac River that was photographed by Greg Hupka, a man who had gone fishing by the river. The news gained more credibility when a former CIA official who went on a vacation with his wife to the Chesapeake River quickly drew out from it when the saw several sea creatures swarming around them.

After two years, a woman by the name Turdy Guthrie had a similar encounter while boating, followed by three families, each with their private sighting of the sea monster in August of 1984. The appearances of this snake-like Chessie are very irregular, with the latest being in 2014 with a resident called Chris Gardner seeing a humongous reptilian wriggling away from him.

Also Read: Slide Rock Monster: The Fear Of The Wilderness

While the Chesapeake River is home to many unidentified water-borne beings, it would not be unusual if the scientists thought the sea monster was an oversized Manatee. This is plausible since a manatee over fifteen feet in width had swum its way into the bay from Florida thrice between the years 1994 to 2011, which the locals mistook for being Chessie and named it as such. Sharks are also a frequent sight.

On the same day as the militant helicopter visited a disturbance in the waters that were associated with Chessie, Linwood Thomas, a local fisherman, hauled a great catch of a shark weighing over 400 pounds. Similarly, at another outlet, a 600-pound shark was bagged. Multiple creatures preferring sea water have been found over the years, including a giant leatherback turtle in 1932 that weighed 1500 pounds. 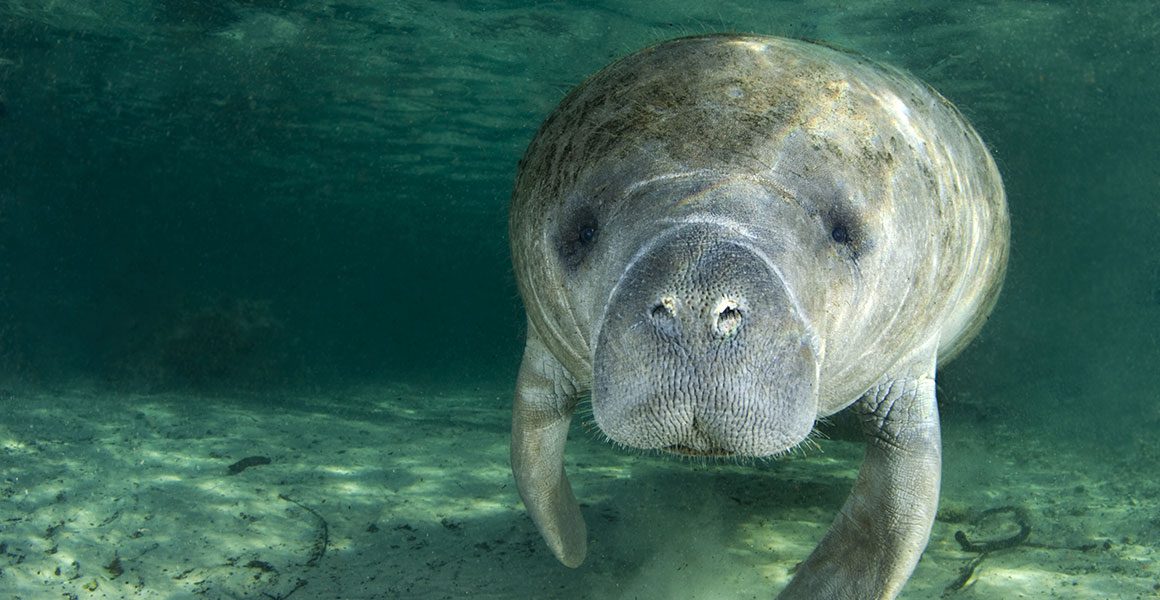 A manatee is the most probable scientific explanation for Chessie.

But all witnesses reject this notion and express that the creature they saw was serpentine, not boxy like a shark or a manatee. The fisherman who took the photo also denied it being a turtle of any kind as he was an experienced fisherman, and if it was a turtle, he would know it. The sea creature in the tape was unanimously agreed by Johns Hopkins Applied Physics Lab to be most akin to a snake.

Others suggested it was an anaconda, a python, or a boa constrictor, but these notions were disqualified as they only grow to 22 feet at most and live in freshwaters of amazon as opposed to the cold seawater of the Chesapeake River. A local college student, amongst the many enthusiasts of the cryptid, called Eric Cheezum, said that Chessie was very real to him in his childhood and is one of the many weird mythical beings that took life in the 70s. A local feature.

Also Read: Fouke Monster: All We Know About The Legend In Arkansas

What Episode Does Naruto Beats & Control The Nine Tails?