Produced by Acun Medya, Tuzak is a story that revolves around Umut and his wish to ensure the criminals who deceived his and other countless families pay for their sins. The name of the show which translates to “The Trap” lives up to its name as we see Umut perfectly capturing those who did him wrong in a series of lies.

The show first premiered on October 19th, 2022. It has been ordered for only about 18 episodes, so we are almost near the end of Tuzak. This show’s plot has received much appreciation for the slow yet revealing pace, and none of the episodes can be considered boring, as there’s always a new development.

Tuzak’s not like your usual romance Turkish series, as it’s filled to the brim with deceit, drama, and a unique love story between the main characters Umut and Ceren. The writing credits for this show go to Eylem Canpolat, Aysenur Siki, and Ali Yorukoglu. It has been directed by the talented Aytac Cicek, the mind behind shows like A Miracle and Kalp Atisi.

Tuzak: The Cast Behind the Show

Akin Akinozu and Bensu Soral play the stunning main characters of this series. Their incredible acting accompanied by the great chemistry make the show much more interesting to watch. Born in Ankara, Akin is the son of the Turkish actress Ozlem Akinozu. 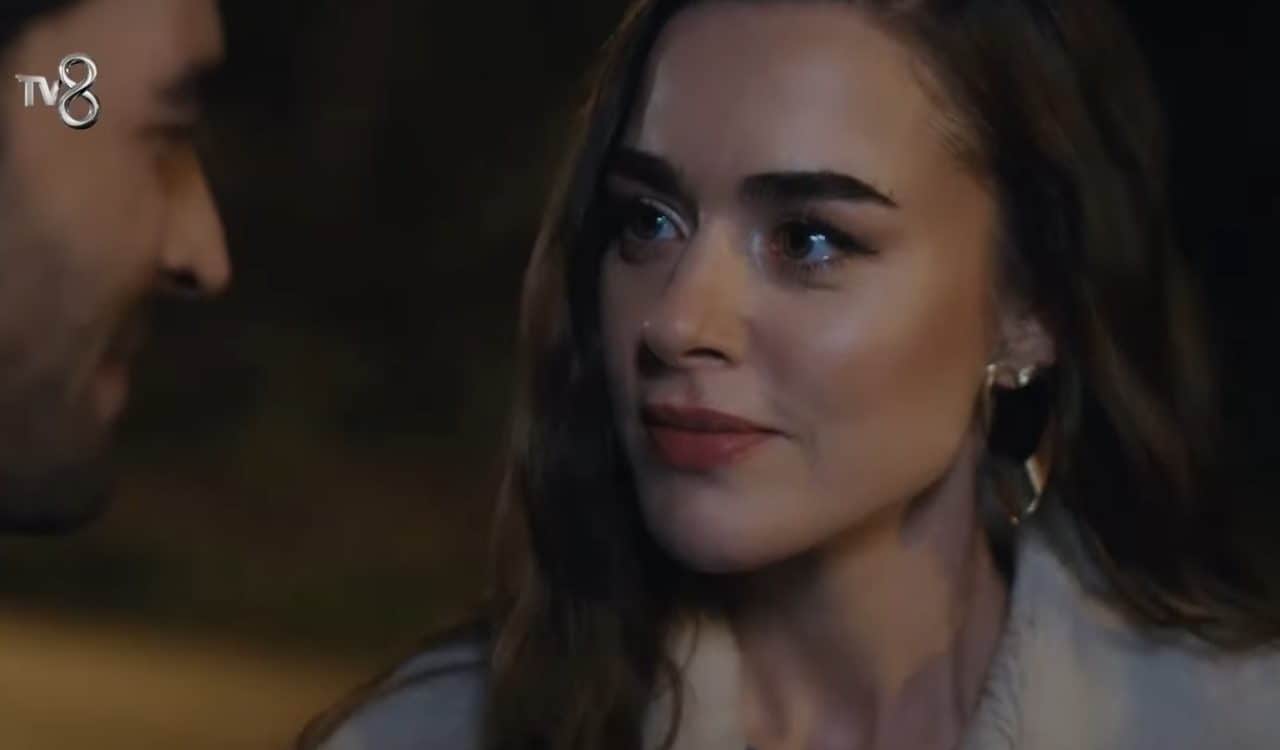 Akin comes from a family that has been a part of TRT for a long time. Although his father chose to go into the culinary world, Akin, just like his grandfather (Sureyya Arin) and mother chose the world of cinema. He first appeared in the series Muhtesem Yuzyil: Kosem, but starred as a supporting character. It was his role in the show Hercai that brought him widespread fame and awards. In Tuzak, Akin stars as Umut Yorukoglu, a revenge-thirsty man who has a soft side as well.

Bensu Soral is an actress and model who first began her television career through the show Yol Ayrimi, where she played the role of Ayse. Currently, the actress pursues a degree in Fine Arts and is working on the highly anticipated movie Mest-i Ask, starring Ibrahim Celikkol, Hande Ercel, and Shahab Hosseini.

In the previous episodes of Tuzak, we see Ceren waking up to find that she fell asleep on Umut, and recalls the time she had spent with him. When Umut wakes up, Ceren lets him know that his words have made her fall for him more. Later, Ceren checks up on Umut’s dad. Everything seems to be normal and Umut informs his father that he considers Ceren his girlfriend now. 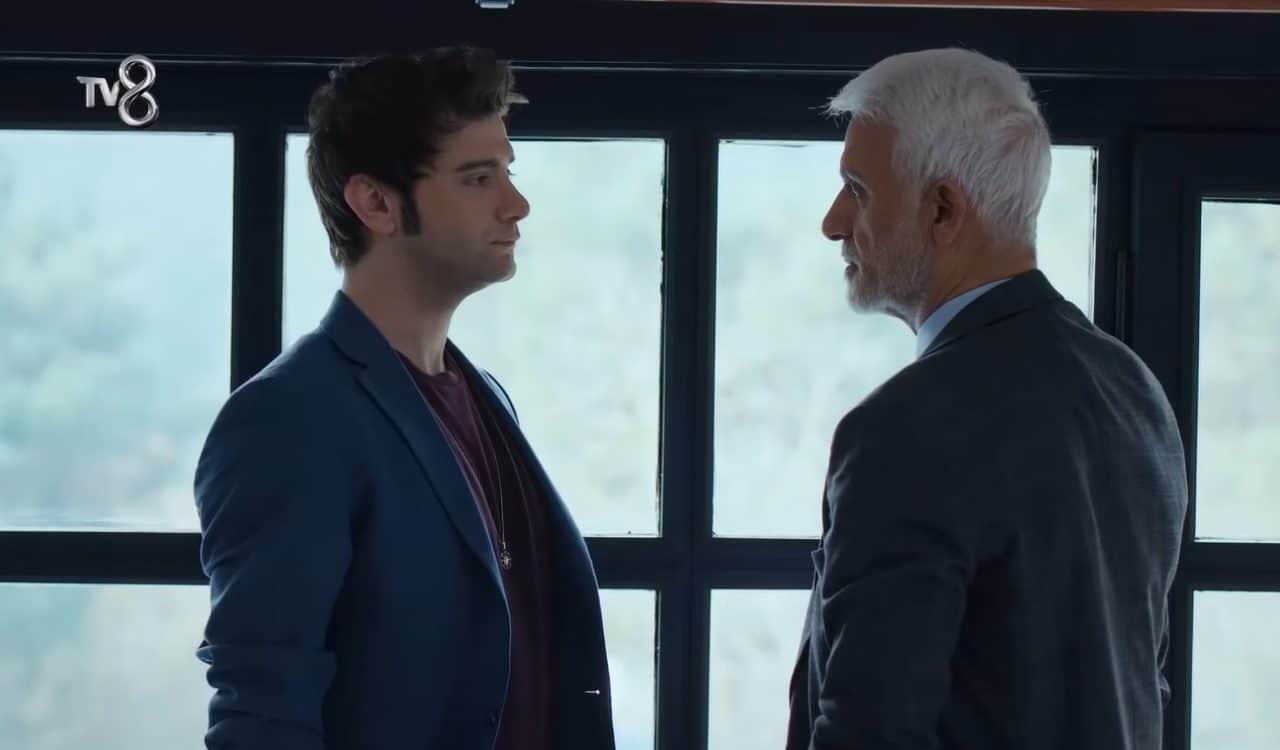 Mete and Demir Plot a Trap for Umut (Credits: TV8)

Meanwhile, we see Demir complaining of nightmares where he sees Umut on the verge of killing him. He explains his fear to his wife, who lets him know that they can silence him by giving him what he wants. This doesn’t sit right with Demir, as he knows Umut wants him to confess his wrongdoings in front of the public.

His son Mete comes up to talk to him, and Demir asks about the bloody clothes and weapons. Mete doesn’t dispose of them,  instead, he accidentally hands them to the wrong person. Mete calls his assistant and asks her to search for the bag, but there’s no trace of it in the office.

Ceren and Umut show up at her father’s house, where they see Mete. Cetin meets Demir, who lets everyone know that he was the one who saved his life. They have lunch together and Demir pretends he wasn’t the one who killed Suleiman. Cetin gets a call from Guven, saying that he wants to admit whatever happened.

Umut tracks Mete and assume he might be hiding something. He tries to follow him while getting updates from Sheker. When he notices that Demir might be with him, Umut rightly guesses that this was a trap. 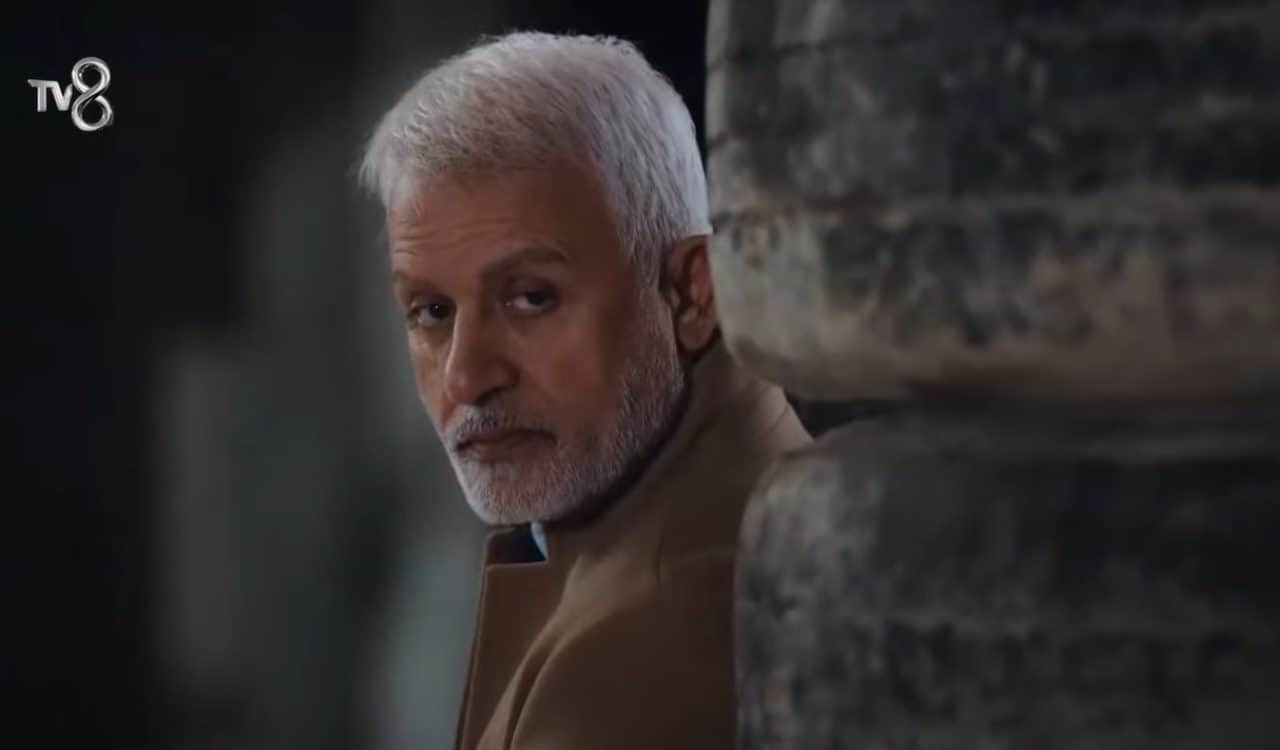 The next episode airs on February 2nd, 2023. New episodes of Tuzak are aired on Thursdays, with a single episode lasting about 135-140 minutes. The English subtitles may not be available on all of the episodes as soon as they’re released.

Tuzak Episode 16: Where To Watch?

The show is aired on TV8 at around 12:00 am EST. Episodes of Tuzak will also be available to stream on YouTube on the series’ YouTube Channel, worldwide.

Also Read: How To Watch Baht Oyunu, The Turkish Drama?