As we look at one of the most interesting moments in the Naruto franchise, we should consider the logical flow of events, so we understand when some of the events took place. Looking at what episode does Naruto control the nine tails, we will have to consider some of the few factors and how each of them took place. Because at first, the nine tails were resisting and did not want to share its Chakra, even at a point where Naruto managed to overpower it.

It was not until the fourth shinobi world war that the nine tails started to consider Naruto as a comrade and allowed him to use its Chakra freely. And this was the turning point of their relationship, and it became the complete opposite of what it used to be. For now, we will look at the very first instance where Naruto attempted to take control of the nine tails chakra.

At least this gave him huge power boosts like the chakra arms that he gained, and on top of that, he had a lot of Chakra reserves that always made him a formidable opponent in a battle.

What Episode Does Naruto Control The Nine Tails

To find out the episode where Naruto managed to confront the nine tails in his subconscious, we will have to refer back to a time when he went training with Killer B. Because this was a crucial moment in Naruto’s development as a Shinobi and where he also experienced a lot of growth. 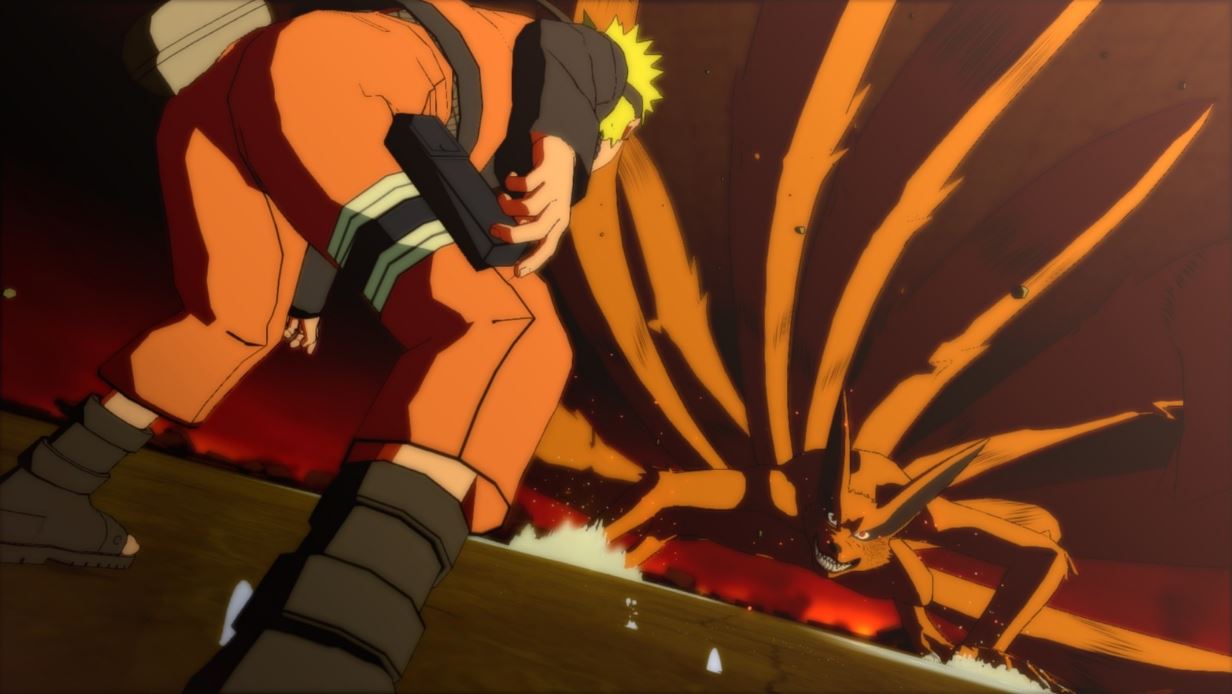 Naruto controls the nine tails in Naruto Shippuden episode 247. He was struggling to defeat the Nine tails within his subconscious, but the backup method that his parents left for him activated and aided him. Naruto was overwhelmed with rage, but as he met his mother, thanks to the Chakra she imbued in his seal before she died, he was calm and managed to get back into the fight.

So he was filled with happiness that managed to negate the Nine Tails’ negative emotions, and this allowed him to use more techniques in combination with sage mode, thanks to his clones that have been collecting the natural energy while he battles.

As Naruto vs. nine tails battle continued, he used his senjutsu-enhanced clones to attack, knocking Kurama backward and managed to completely suppress the nine tails. This was the requirement to forcefully control a tailed beast that was not willing to cooperate with its host. Because this has been the intention from the very beginning when his parents sealed the nine tails within his body.

We managed to see what a good relationship between a tailed beast and its host looks like from Killer Bee and the eight tails Gyuki. So Naruto was also inspired by that and had been working towards something like that with Kurama even though it was clear from the get-go that things seemed hopeless for them. But as the episodes progressed, we managed to see how things would play out.

Even though Naruto managed to defeat the nine tails. This did not necessarily give him 100% chakra of the beast. This meant only that he had access to most of its Chakra and would use it as he wished. The only thing that he would not do at this point is a full-tailed beast transformation that required cooperation from the nine tails at the time. We managed to see this later when Kurama decided to fight alongside Naruto in the shinobi world war, and finally, we get to see what his full-tailed beast transformation looks like.

How To Live As A Villain Chapter 62 Release Date: Unbeatable Divine Sea