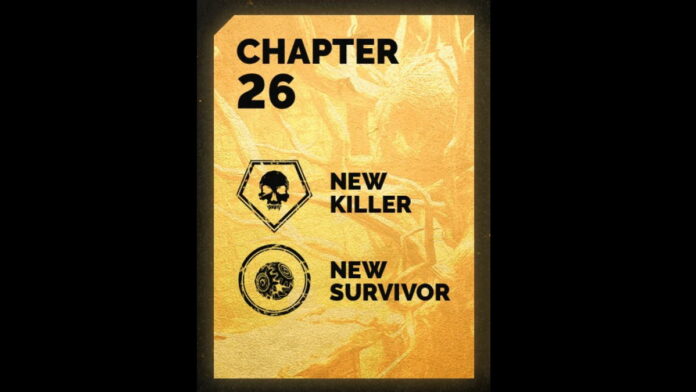 Dead by Daylight is a horror-themed asymmetrical competitive multiplayer game featuring everyone’s favorite creatures and killers from popular media. The game has been going strong since its initial release back in June 2016, and it’s received a multitude of “chapters,” which is what they call new content updates. Today, we’ll be answering the question: When is Dead by Daylight chapter 26 coming out?

Dead by Daylight’s receives new content in the form of chapters, and each chapter adds a new DLC pack to the store. Some DLC packs are free, but the majority of them are paid, as they add whole new Killers and Survivors to play as.

There are four types of DLC packs:

The next major DLC pack is chapter 26, coming off the heels of chapter 25’s Resident Evil: Project W DLC pack that added the popular villain Wesker to the roster of Killers. Chapter 25 just came out earlier this month.

According to the official year 7 roadmap, chapter 26 is scheduled for a November 2022 release. Chapter 26 will include a new Killer and Survivor, and on-top of that, a new in-game event will be held during that time. You can see the full year 7 roadmap right here:

No other information has been given out by Behavior Interactive, so we can only wait for an official news drop. This has been a busy year for Dead by Daylight, with many major existing systems being completely reworked. Let’s hope the next chapter has exciting new stuff to offer!

We hope that answers your questions about when Dead by Daylight’s chapter 26 update is coming out. If you have any other questions, please let us know in the comments below!

One Piece Odyssey: All Playable Characters and How to Unlock Them