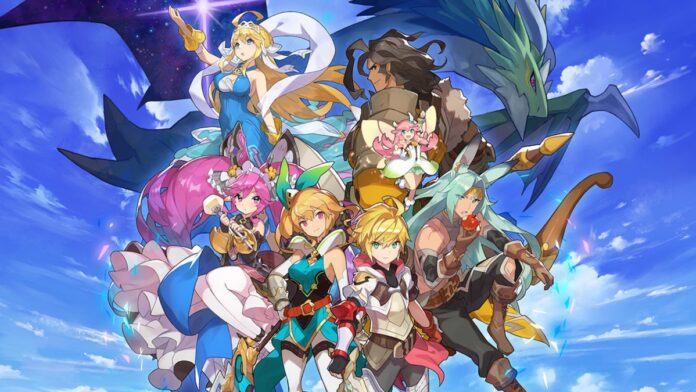 Dragalia Lost, the adventure gacha game by Cygames and Nintendo, is set to end running. Coming to a conclusion are the adventures of Prince Euden and his beloved friends. For those unfamiliar, Dragalia Lost is a fantasy quest game. We follow the story of Prince Euden, the youngest in the royal family of Alberia. In a tragic turn of events, Euden is driven from his kingdom and labeled as an enemy. The rest of the story follows his adventures to find out just what’s going on. Veteran Dragalia Lost players will know that it’s been a long road for Euden, the story wrapping up earlier this past summer. While the shutdown announcement was a disappointment, many were happy that the tale of Euden was concluded. This is when Dragalia Lost is shutting down.

When The Game Released

The game launched back in 2018 with a very successful reception. Players loved the 3D graphics in the game, the stories, and the character development. The game had so many characters that it was impossible not to find one you really liked. Besides that, there was always an event to participate in or a new main story to complete. In March 2022, Nintendo released a statement that the game would be closing down later on that year.

Are There Still Things Available?

As of right now, you cannot buy any more Diamantium, the in-game currency, due to the impending shutdown. Once the game closes for good, if you try to log in, you’ll get a message saying Service Ended. After October 31st, you won’t be able to purchase any of the Upgrade Essentials and Packs. As the closing date nears, more features will probably close down, so that is something to keep in mind if you have anything to use up.

The official closing date for Dragalia Lost is November 30th, 2022. After this, the game will become unplayable. While the news is unfortunate, who knows, the game could get a sequel someday!

How To Get Beli Or Money In A One Piece Game

Don’t Starve Together – Deerclops Guide: How to Beat It

How many Wall Rings needed for every wall upgrade in Clash of Clans, Listed

Frozen City: Should You Get A Guard Tower?