One Piece manga has just returned from a long break that saw the first chapter released in 2023. This came after the festive holidays combined with WSJ breaks and Oda’s personal break coming in succession.

So things have been quiet for some time while we wait to see what will be going on next. One Piece 1072 spoilers and scans have been fully released. And with that, we got to know the true identity of one person, which has been a mystery for some time. So this brings up the question. Who is Miss Buckingham Stussy in One Piece? Or Stussy Buckingham if you are to use the first name first principle.

We will look at that in detail as we have just got the latest information about Stussy’s true identity fresh from Vegapunk himself. But this comes with a whole lot of new power systems as well because we have always assumed devil fruits to grant special abilities that were within the pools of our imaginations.

But who would have thought that we would get to see Vampires in One Piece? Well, I guess that is something most of us never expected, so this is new territory for the fans. We have always known the CPO agents to be very strict and loyal to the government. And we also know that Vegapunk, even though not part of the CPO, has worked for the government for a very long time.

This happened probably at the promise of the government’s protection and availability of resources and money. But since he knows so much, then he has become a threat to the government itself, and they are hunting him down. What’s more interesting here is that even though most of us thought that Stussy had been a loyal  CP0 member, then this would mean she would always be at their side.

Who is Miss Buckingham Stussy in One Piece?

Now that we have learned something about Stussy from the latest chapter then, we can start to break down and analyze her identity. But before we can get down to that, let’s get this identity crisis clear. 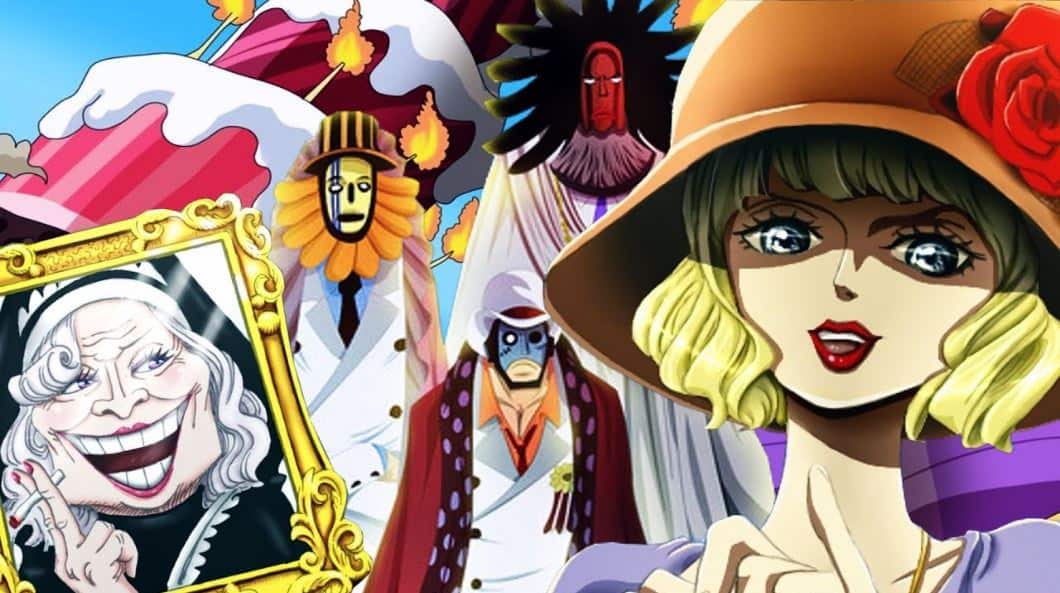 Stussy is the clone of “Miss Buckingham Stussy,” a former member of the Rocks Pirates, and her full powers and potential are currently in question. Since we are talking about clones, this means that they looked the same, just that the other one might be younger.

Stussy has demonstrated biting abilities and vampire-like wings. We have never seen this form of her before as we haven’t seen her in battle before. She managed to bite Kaku, putting her to sleep, and for now, this is as much information as we got.

She also revealed her loyalty to Vegapunk as she stopped the CP0 agents that were currently fighting the Strawhats despite her being an agent of the World Government. Then next, she targets Lucci and intends to put him to sleep by biting him. Stussy is the first successful human clone of MADS, meaning that she is the only one of her kind.

As a former member of the Rocks pirates, she must have strange and very powerful abilities, and if we consider that all of the Rocks Pirates were very powerful and legendary characters. Then this would mean that there is a lot we are yet to find out about her.

What is Miss Buckingham Stussy Powers? Does She Have Devil Fruit Powers?

Stussy has displayed flying abilities with Vampire wings, and she also has Vampire fangs. She displayed an ability to bite people and put them to sleep, something that is also common in vampires.

Since Stussy is a clone of Miss Buckingham Stussy and given that a clone only takes the biological form of its original without any alterations or biological changes that might have come after birth, then it’s likely she has no devil fruit powers. 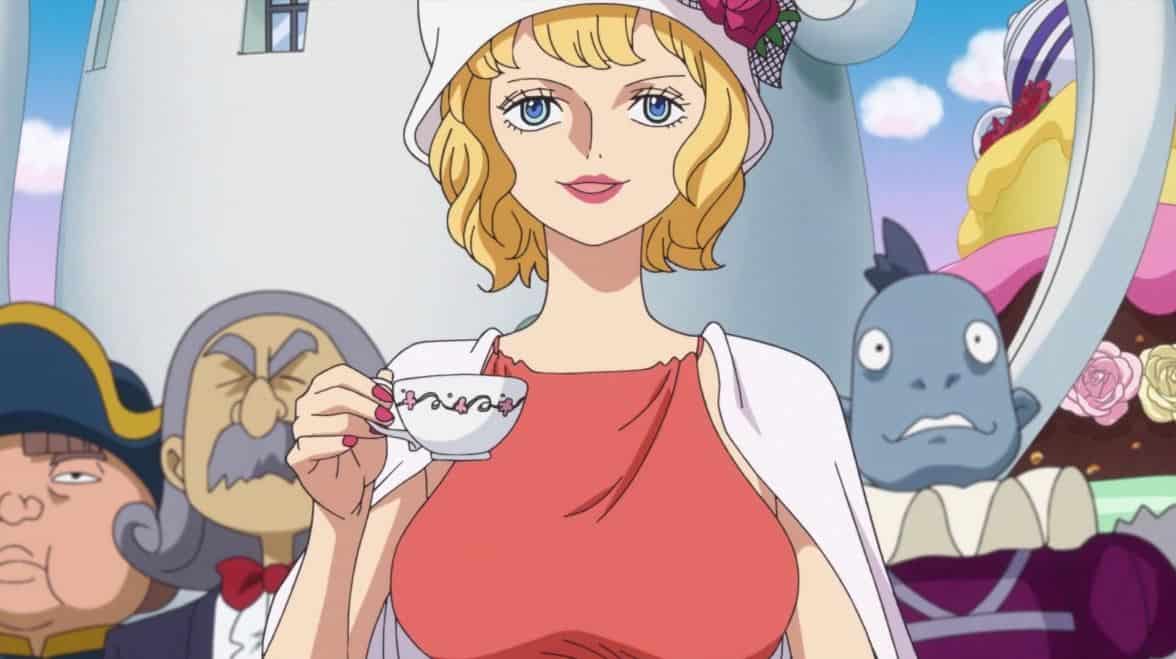 Remember, in One Piece, we have so many races. The Long Arms, the Long Necks, Giants, Snake Necks, and so on. But we have never seen a vampire tribe in the storyline before. The world of One Piece is so vast that we can literally have any kind of creature in existence.

We should also keep in mind that we have the Lunarians that used to live on top of the Redline. But their species has declined. So it would not be surprising that we come across the vampire tribe at this time. Another thing to point out here could be that one of the reasons why the World Government might have tried to clone Stussy might be that her race of vampires might have been in decline.

Well, they might as well have her have a child of her own. But that might not have produced a pure-blood Vampire in case she was the last member. Looking back at Stussy’s abilities and the possibility that they could be Devil Fruit powers.

Then those chances might have been slim because Vegapunk has already revealed the difficulties of reproducing devil fruits. And if we look back, then such technology might not have existed back then.

Vampire Race in One Piece to Appear Soon?

Even though it might not have been confirmed yet, we can already see that Stussy has demonstrated Vampire abilities. But when she was described and introduced, she is said to be the first successful human clone of MADS.

So this means that she is biologically human and how she managed to have Vampire powers, for now, remains a mystery. As we know from mythological stories, humans could be affected by vampire powers through bites. So whether something like this comes from eating a devil fruit power or if it is some sort of a vampire that had turned her also remains a mystery.

The upcoming chapters might reveal more about this. And it will be even more interesting if we get to see a race of Vampires appearing or being talked about, even though that might be somewhat unlike Oda’s storytelling antiques. Then soon, we will find out what is going on. 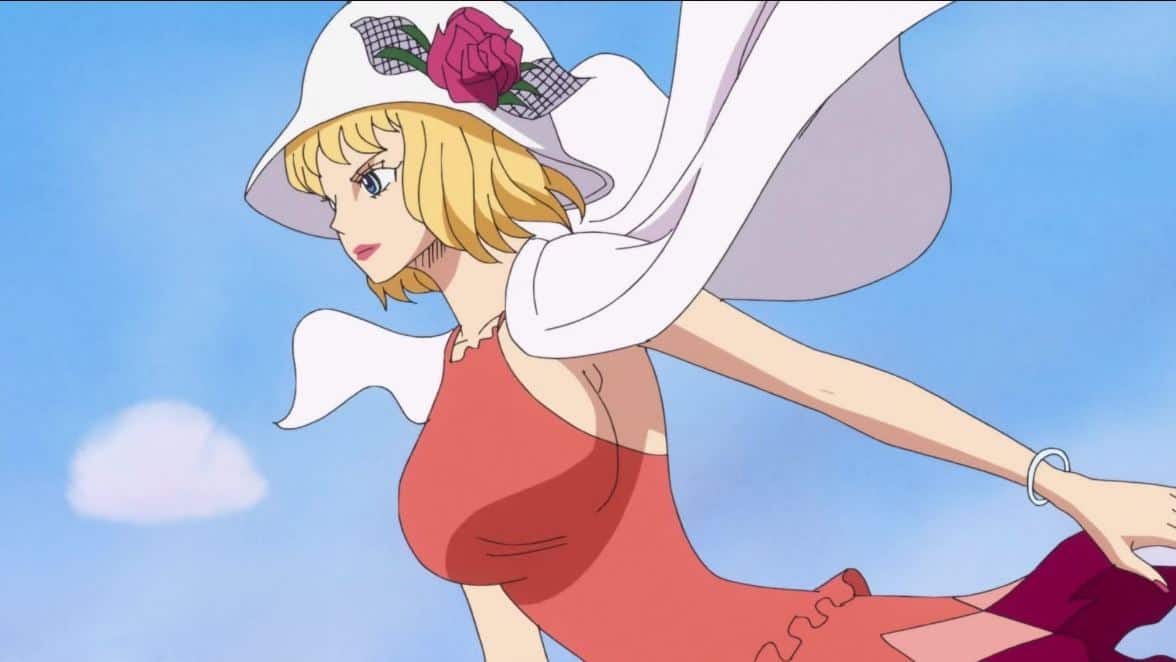 Stussy in One Piece

Since One Piece manga is in its final stages, then it will be more interesting if Sutusssy’s powers turn out to be something different from Devil Fruit’s abilities. With that, we should hope to get more information on Miss Stussy Buckingham soon. Otherwise, we might have longer to wait to clear up such a Mystery. This information might affect what stories come next should Oda decides to tell them for longer.

Mentioning the name of the legendary Rocks Pirates in One Piece is like opening a can of worms that we might not even finish debating about it. Because for now, we don’t know much about the crew except that it took Roger and Garp’s efforts to bring this delinquent crew to an end. And mentioning even just one of their members would mean that they will have a huge impact on the storyline.

Currently, a lot of things are going on in One Piece such that Oda can not tell it all at once. We have Law vs. Blackbeard that recently took place. And Blackbeard ends up Kidnapping Koby, then Garp is on his way to save him.

Then we have Kuma, who is climbing up the Red line. On the other hand, the Straw Hats are trying to escape Egg Head with Vegapunk, who has a lot of stories to tell. Then Admiral Kizaru is on his way to stop the straw hats with his fleet. And now we have just heard about Miss Stussy Buckingham. Already we can tell that there are a lot of changes that will be coming with the manga chapters up ahead.

Is DirecTV on the verge of dumping conservative cable channel Newsmax?

Your main is safe: No nerfs or buffs are planned for Overwatch 2’s hero balance yet, says Blizzard